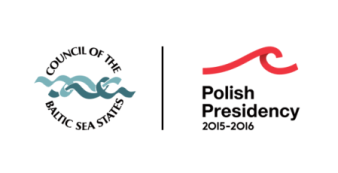 The Ministry of Culture and National Heritage of the Republic of Poland cordially invites all cultural practitioners from the Baltic Sea Region for the Baltic Sea Cultural Gathering that will be held from the 15th to the 18th of September in Gdańsk.

The Gathering will be organized as the main event of the Polish Presidency in CBSS within the framework of the “Creativity” priority. The event will consist of the Meeting of Ministers of Culture of the Baltic Sea States that will be held on the 16th of September 2015 at the Maritime Culture Centre, aseries of back-to-back meetings of all key cultural organizations in the region and the Conference „Culture as a driving force for social and economic development of the Baltic Sea Region”, 16-17 September 2015, at the European Solidarity Centre in Gdańsk.

What interesting can be expected from the Conference?

·         A panel discussion of Ministers of Culture of the Baltic Sea States;

·         Workshops presenting the impact of culture on various socio-economic fields such as:

·         Presentations of successful regional initiatives from the field of culture;

·         Furthermore, the conference aims to present visionary statements of experts and thinkers from the interdisciplinary fields at the crossroad of culture and other socio-economic sectors.

·         After the end of the conference, the Baltic Cultural Centre invites all the participants to take part in the Cultural Innovations Lab workshop on 17-18.09;

What is the aim of the Conference?

·            Finding clever solutions for effective communication of culture’s impact on the region’s economy and social development;

On the second day of the event (16.09.), the Ministry of Culture and National Heritage of the Republic of Poland invites all the conference attendees to one of the creative spaces of the so-called “Tri-City” for
a networking dinner.

More information about the conference, programme and contact information can be found here

Please register for the conference here!