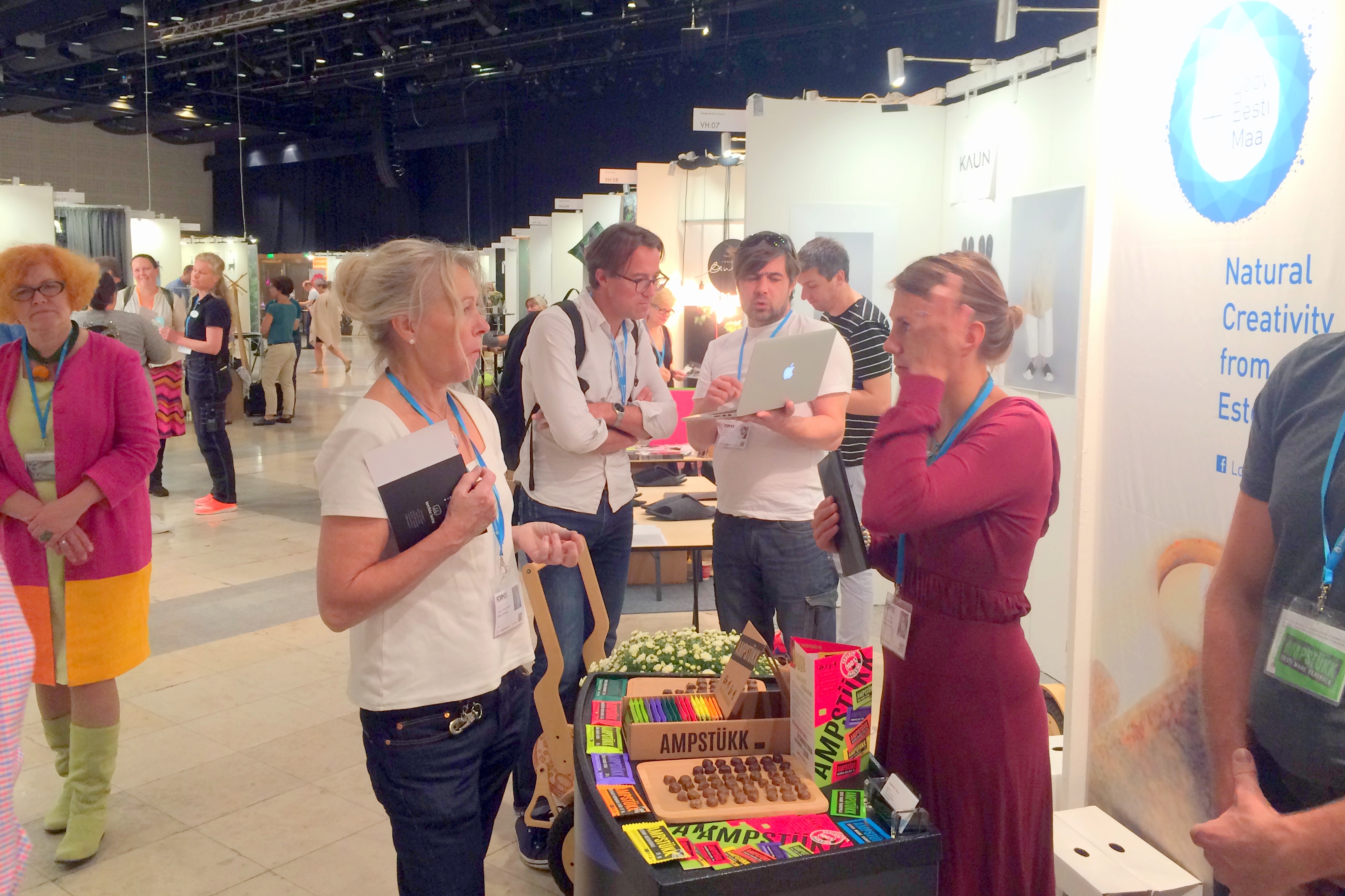 Two projects were submitted to the Innovation Express from Estonia. The Nordic Buzz 2017 project of Creative Estonia proved to be successful and its implementation will also be supported by the Nordic Council of Ministers. Denmark, Iceland, Sweden and Finland also participate in the project in addition to Estonia.

Nordic Buzz is a trade fair for creative enterprises, which in 2017 will be held as a sub-event of the Helsinki Design Week and the Habitare trade show. Up to 75 creative enterprises interested in sending their creations to the big wide word will attend Buzz – up to 15 enterprises from each participating countries.

The enterprises that will be taken to Buzz by Creative Estonia are the ones whose operations have been supported via the PESA and PESA+ development programmes. PESA+, where the main trainer is the Institute of Marketing, is aimed specifically at enterprises interested in export.

The cooperation between Creative Estonia and the Nordic countries also started from an export programme. The first joint initiative was the participation of Creative Estonia in the pop-up trade fair of young designers called Nordic BUZZ, which was held in August 2016 within the scope of the larger trade fair Formex Stockholm.

“The experience gained from our first international trade fair was a lesson to all of us,” said the CEO of Creative Estonia Eva Leemet. “How else do you find out whether the locals like your product, what they expect and/or want to see, what the market is like and what kind of distributors they have. Also, the lessons in how to set up a fair stand, display your products and behave at the fair were no less important.”

Preparations for Nordic Buzz 2017 include workshops, training and mentoring meetings for Estonian enterprises in order to maximise the benefits the enterprises can gain from participation in the fair.