Estonian entrepreneurs were successful at the global innovation competition 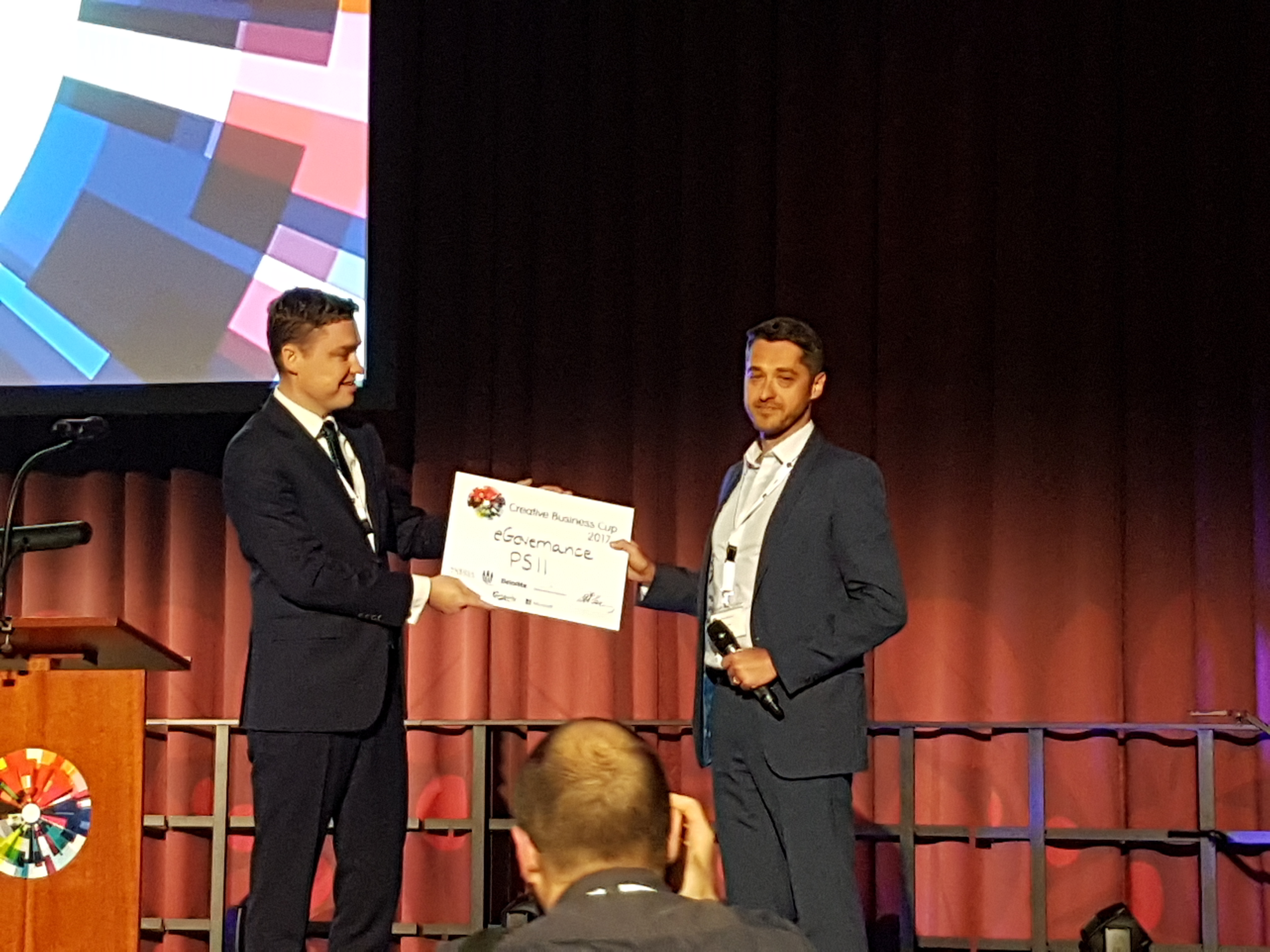 At the globoal innovation competition Creative Business Cup (CBC), Fanvestory became to top 5 from 348 other entrepreneurs in the investor pitch round and PSII (DeepScan), CBC subcontest eGovernance Solution winner was rewarded on the main stage.

“Denmark has found a very important event to promote creativity and entrepreneurship. Creative Business Cup subcontest, eGovernance Solution organising was trusted to Estonia. I would like to encourage other countries to contribute in actions like these and introduce theim internationally,” said Taavi Rõivas, former Prime Minister of Estonia.

“It was nice to see that Estonia was strongly represented at the Creative Business Cup. Estonia and Denmark are both strong e-countries. Events like these allow us to  do more cooperation and establish cross border relations. These, in turn, stimulate export and bring mutual investments,” said Märt Volmer, Estonian ambassador to Denmark.

During the two days, all teams made a lot of contacts, presented their ideas and received constructive feedback on their products and services. There were also an inspiring performers, who shared their experience and knowledge. Nadya Tolokonnikova from Pussy Riot showed how through creativity and music you can point out society’s pain points. Neuroscientist Scott Halford told us how brain influences our decisions and explained the importance of undrestanding the context when doing things.

Before the award ceremony, investors explained to young entrepreneurs their decision making process. According to Alan Greenberg, Vice President of Wide Academy, investors invest in people, not companies. In addition to good idea it is very important to have wish to succeed.

On October 16th, two tight competition days were celebrated with the Estonian thematic party, which was organised to all CBC 2017 participants by the Creative Estonia, Estonian Embassy in Denmark and Creative Business Cup. Music was covered by VulVulpes and video installation by Emer Värk.

Creative Business Cup (CBC) is a global entrepreneurship competition held in Denmark and involving best ideas from over 60 countries with over 600 startups. The competitions aim is to throw attention to the  importance of the creative industries and its role in innovations. Creative Estonia, a Creative and Culture Industries(CCI) info and developing centre is an official representative of Creative Business Cup in Estonia since 2012.