The public organization “Bendruomenių santykių konsultantai” (“Community Building Consultants” or CBC) was established in 2005. The main aim of the organization is the sustainable economic, educational, cultural and social development of communities. In recent years the main direction of its activities has been the development of creative industries. Our target group includes CI representatives and non-government organizations that help form cultural policy, and we also cooperate with the Ministry of Culture, the Ministry of Education and Science and the Ministry of Economy. CBC participated in the development of the Republic of Užupis, the Užupis Art Incubator and initiated the establishment of the Uzupis Creative Cluster (UCC), which focuses on the creation and development of computer simulation games. In recent years, CBC has developed the following projects and initiatives:

•    Qualitative and quantitative CI research in the region of the Republic of Užupis, in which we set out to implement unique CI mapping methodology in Lithuania. The methodology not only reveals statistical CI information and indicators, but also emotional, social and cultural potential. At the moment we are participating in the creation of another CI map in cooperation with the Gediminas Technical University in Vilnius. We created the CI map of the Republic of Užupis and are taking part in CI cluster development. We created the online map www.uzupiozinios.lt/zemelapis, which presents CI representatives from different sectors. There are about 130 profiles with information about where people work, what they do and how to contact them.

•    CBC represents CI clusters in international cluster networks and cooperate with them in various projects. We also consult CI representatives who want to establish CI incubators. We help with access to financing, preparing strategies and integrating into the market – most of the funds we help them access come from the EU. We also write projects as well as fund projects from our own resources.

CBC is involved in developing one of the districts of the old town of Vilnius, The Republic of Užupis, which houses a unique cluster of creative industries. CBC organizes various projects, writes strategies, conducts fundraising activities and mapping and assists in developing social capital in Užupis.

In the course of time, the unique social and cultural capital as well as the purposeful activities of the community have turned Užupis into a creative industries centre, and its influence on cultural, economic and social life has extended beyond the limits of Vilnius and even of Lithuania. Over the years Užupis has become a naturally formed platform for the creative industries cluster. The facts speak for themselves:
    Over 300 creative industry (CI) representatives work in Užupis;
    There are 50 businesses based on the commercialization of culture and creativity;
    Annual income from CI in Užupis amounts to EUR 6 million
    Užupis boasts approximately 10 000 m2 of creative space;
    The Užupis Art Incubator was the first art incubator in the eastern Baltic counties, and is now already adding some 1 200 m2 of new space;
    Vilnius Academy of Art, private art schools, galleries and exhibition spaces are all located in Užupis.

According to recent studies, Užupis is entering a new stage in its development and is assuming new significance not only in terms of entertainment, artistic and cultural contributions, but also in terms of the economic and political life of Lithuania. The cluster of creative industries in Užupis, which formed naturally on the principles of harmonious development, has been in existence in one way or another for over 30 years, and is the first formation of its kind in the Baltic States or even Europe. The Užupis CI cluster, within its own specific territory and with its own social and economic relations, unites art incubators (the Art Incubator of Užupis, Vilnius Academy of Arts “Design Business Incubator“ and the Arts Printing House), Academies and schools (Vilnius Academy of Arts, private schools and groups of artists), individual artists and their studios, shops, galleries and companies involved in creative activities (totalling about 350 small and micro companies – advertising, design and architectural companies, publishing-houses, photographic studios, art curators, students of culture and the arts, festivals and so on).

The community of Užupis arranges events that unite its members and support their creativity and the commercialization of their activities on a 18regular basis. The cultural life of Užupis, regulated by symbolic authorizations and agreements, today impacts social, cultural and even business development in the city considerably. 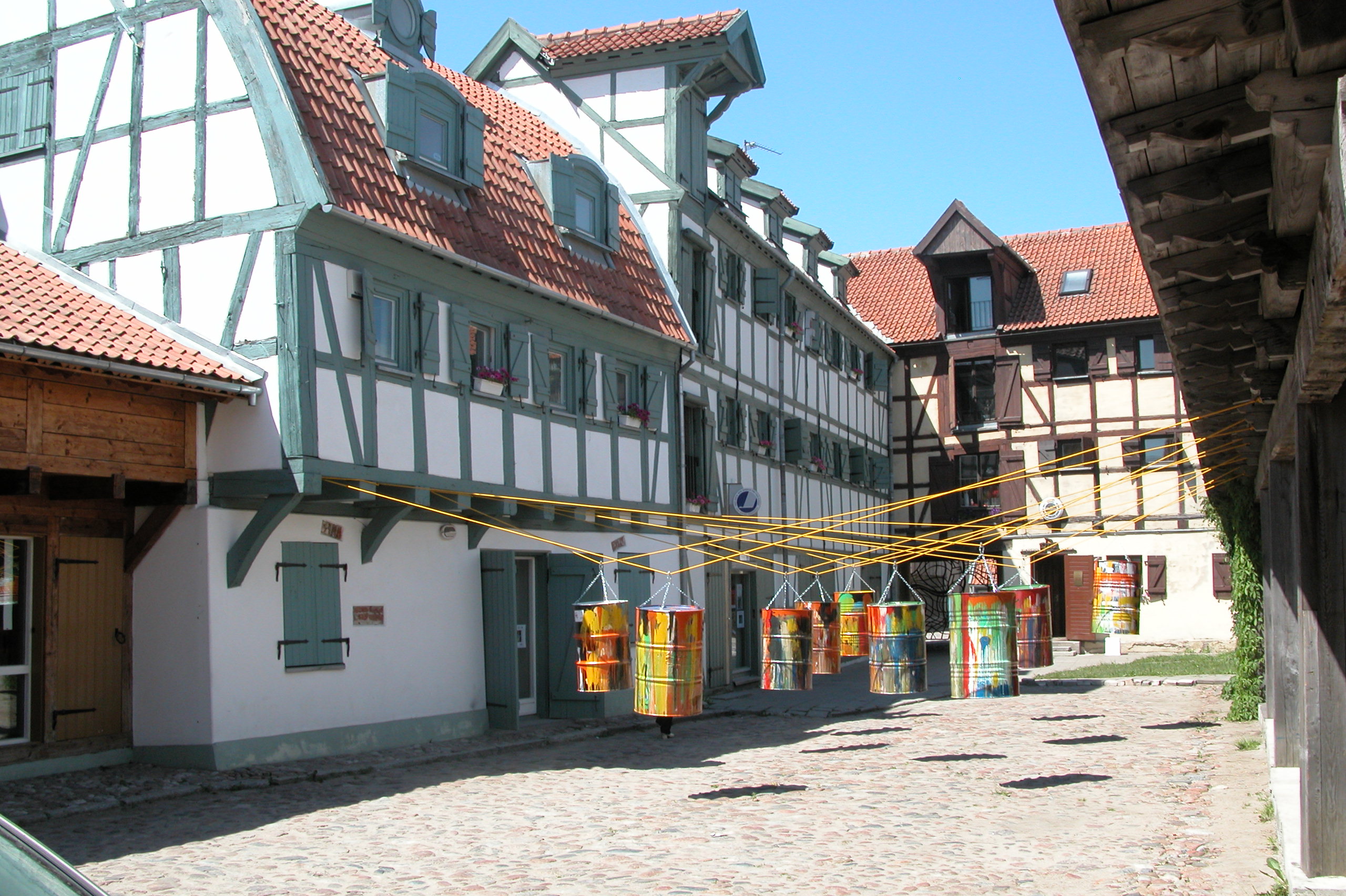 The Klaipeda Economic Development Agency (KEDA) was founded in 2003 by Klaipeda city, initially to focus on city branding and marketing communication activities targeting potential investors in Klaipeda. As of 2007, the agency has also been active in supporting and promoting local cultural and creative businesses through support to creative SMEs, individual artists, institutions and cultural organizations representing the major CI sub-sectors: performing arts, architecture, visual arts, media and video art, design and publishing.

KEDA’s main goal is to provide support for the creative industries sector in terms of infrastructure development. In addition, an important part of the service includes providing consultations and practical information, opportunities to advertise on the creative industries digital map and organizing meetings and seminars with members of the local CI support group to share best practices and ideas.

The ongoing “Culture Factory“ project includes the establishment of a culture and creativity centre, which will attract a wide-ranging spectrum of artists and creative industries. The new facilities will host an art incubator, conference and cinema halls, studios for dance and audio-visual projects, information centres etc. The “Culture factory” project will create a sustainable physical, informational and organizational infrastructure that will initiate, promote and create the conditions for creative and cultural industries, interdisciplinary and alternative art projects based on innovative cultural management principles.

Klaipeda economic development agency has launched a digital map (programmed using Google Earth technology) for Klaipeda creative and cultural industries. In order to promote and foster the creative and cultural sector in Klaipeda, advertising on the map is free of charge. Each sector is distinguished with a different color on the map. Companies simply have to assign their activities to the appropriate category and they will be seen directly on the map (www.kepa.lt/zemelapis).
Since 2008, KEDA activities have been financed on the basis of various EU support projects. At the moment, the agency is involved in the following projects in the creative industries:
    The adaptation of a former tobacco factory for creative industries. The development is at “Phase II” (construction)
    Inter-regional cooperation project CITIES – Creative Industries in Traditional Intercultural Spaces – financed by the Interreg IV C Programme to share experience and good practice in the areas of innovation, the knowledge economy, the environment and risk prevention (full project coordination by KEDA)

Menų spaustuvė is a performing arts venue aiming to be the first infrastructural complex for the creative industries in Lithuania, where performing arts, business and education can meet to inspire each other. Established in a former printing house dating back to 1585, it produces and hosts creative phenomena including but not limited to theatre, dance, music, new circus, cinema and other forms of art. It supports performing arts NGOs providing them with space for offices, rehearsals and performances.

Activities in the current premises of Menų spaustuvė started prior to the establishment of the organization in 2002. Independent NGOs (such as the Theatre and Cinema Information and Education Centre and the Lithuania Dance Information Centre) started out in a neglected building with new drama and contemporary dance projects that had no opportunities elsewhere.

From the outset, Menų spaustuvė was involved in supporting and promoting independent and emerging artists as well as new forms of contemporary arts in Lithuania. It works in the fields of contemporary drama and new writing, contemporary dance, contemporary opera and new circus. The scope of the projects consists of small festivals, educational projects, productions and co-productions. It is also built to serve as a residential base for pre-production, production and post-production activities for performing arts organizations.

Menų spaustuvė is a member of IETM  (Informal European Theatre Meeting) and TEH  (Trans Europe Halles). It hosted the plenary meetings for TEH in 2007 and IETM in 2009.